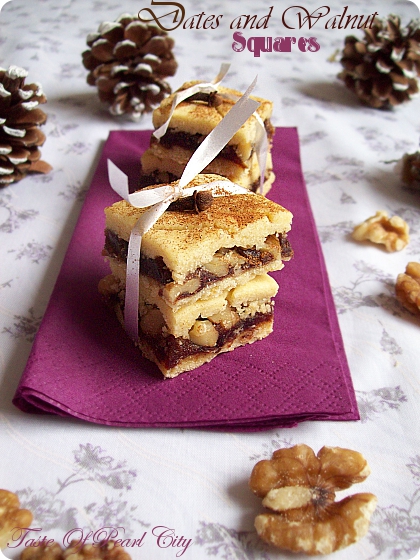 I always adore the Middle Eastern Cuisine especially when it comes to desserts and sweets.  This is something very similar to mamoul cookies which I made earlier.  The thing which I love the most about these squares, it's mildly sweetened, it gets the natural sweetness from the dates and a crunchy bit of walnut in the middle will be perfect with a mint tea after dinner or even during evening tea.  I made a few alterations in the mamoul cookie which I made earlier, I absolutely enjoyed these squares a lot.  Hope you guys enjoy baking it too. 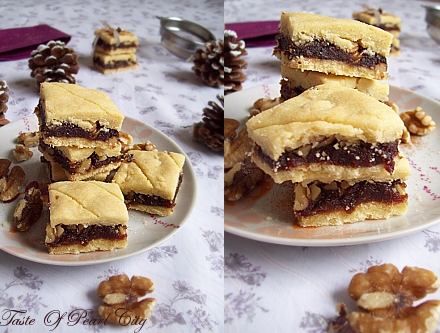 Method:
Prepare the filling first by steaming the dates in a steamer for 10 minutes.  Mash it well until it looks like a paste,  add cinnamon and cardamom powder mix it well.  Set it aside.
Prepare the pastry by sifting the flour, semolina, baking powder and icing sugar in a large bowl.  Add the butter and start working with your hands until it looks like bread crumbs.  Add cold milk little by little until the mixture looks crumbly, don't knead it like a dough. 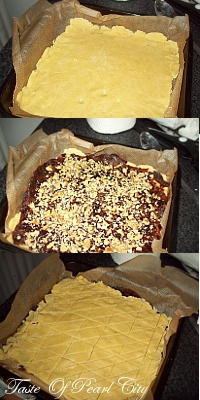 This recipe goes to AWED- Iranian Cuisine hosted by Sweet Artichoke originally started by DK of Chef in You. 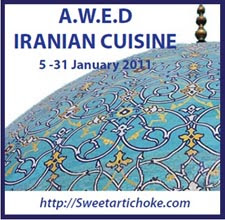 I could easily finish a few slices at one go! They look wonderfully delicious.

wish i was you neighbour...

These squares are so filling.. love it. I am very fond of dates mamoul and these are even more delicious looking :)

oh this looks gorgeous love the pine flowers in the styling :)

beautiful recipe and your pictures are always so so gorgeous.

I luv the layers of squares.Luks perfect..

wow, those are simply amazing and just love your presentation always :)

thats a mouth watering piece there!!

looks yummy, thanks for sharing :)

I am totally drooling over these squares!

Wow, that was wonderful. Loved them absolute.

looks delightful in this combination- so Middle Eastern!

What a wonderful recipe and this looks so beautiful:)

They look so perfect and yummy..Loved the first pic..

wow. that looks so cute and adorable :)

Oh how nice they look.. I think that filling should taste divine :)

I was in Dubai recently and we feasted on dates stuffed with walnuts = I can only imagine how delish this dish would be!

These cookies are awesome: not only for their lovely taste but for the innovative shape you have given them. A mixture of maamouls and ranginak!
Thanks for sending them to this month AWED on Persian food.

Love to have a few of the slices. Looks mouthwatering.

That looks really delicious! Your pictures are always so beautiful. I'd love a piece of that :)

hey ayeesha.. how m any mins sud i bake this? and at how many degrees.. planning to prepare this for the weekend!!

Hi Saptana, I have mentioned in the recipe itself it's for 30 mins at 180 degree celsius.

the baklavva is so adorable and the filling is so tasty with dates & walnuts...yum!