It's been a very long time since I posted two recipes in one post.  If I think about that it's quite breathtaking for me now.  I made up my mind to post this as quick as possible, so let's have a few words about the recipe and then hit straight to the recipe.  Pav Bhaji is a well known to be as  Indian street food.  In Marathi Pav means a small  loaf of bread and bhaji means vegetable dish, you can also read some interesting history and origin of this recipe from here.

Today in this recipe , the bread recipe which I have given is not pav buns, it's Buchty.  Buchty is popular in Poland and Germany, which is normally served for breakfast.  These buns are very similar to pav buns, except that the top layer is bit crusty.  These buns also goes very well with bhaji.  This unique dish can be served as a snack or a meal by itself.

Method:
Sift the flour in a large bowl.  Mix the salt, sugar and yeast along with the flour.  Heat the milk and butter until butter gets melted.  Make a well in the center of the flour mixture, add the eggs and slowly add the warm milk mixture, beat with a electric beater.  Once the dough comes together, knead the dough in a floured work surface for about 5 to 10 minutes.  Place the dough in a clean and oiled bowl, cover with a cling film.  Let the dough rest in a warm place for about 1 to 2 hours or until doubled in size.
Preheat the oven to 190 degree Celsius.  Take the raised dough, knock the air back.  Divide the dough into 16 equal parts.  Grease a  9 inch square tin.  Place the balls inside the tin, cover loosely with a cling film and let it rest in a warm place for about 30 minutes.  Brush the top of the bread with milk and egg.  Bake it in the preheated oven for 25 to 30 minutes or until the top of the bread looks crusty and golden brown in colour.  Take it out from the oven, remove it from the tin and let it cool in the wire rack.

Method:
Immerse the cauliflower florets in hot water and wash it thoroughly.  Add cauliflower, potatoes, peas and carrot in a pressure cooker, add little water and pressure cook it for upto 1 whistle.  Mash the vegetables and keep it separately.  In another pan, heat the butter until it gets melted, add the cumin seeds, ginger garlic paste and onion, saute until the onion looks transparent in colour.  Now add the tomatoes and mix it well.  Cover the pan and cook until the tomatoes get mashed well.  Add some water to it ad let it boil for few minutes until it looks saucy.  Now add the capsicum and boiled vegetables.  Then add the pav bhaji masala, green chilly and salt.  Cover it and let it cook for few minutes, until the oil floats on top.  Finally add chopped coriander leaves and juice of 1/2 a lemon.


To Serve:
Slit a bun into half, toast with butter on both sides, spoon some gravy on the inner side of the bun, sprinkle some raw chopped onion and coriander leaves on top, serve with some lemon wedges on side, to squeeze the juice just before serving.

Note:
Don't miss the raw onion, coriander leaves and squeeze of lemon juice,it not only adds up a special flavour, it's also very good for your health.  Raw onion build immunity and coriander leaves is good for digestion, stops bad breath, keeps your lips healthy. 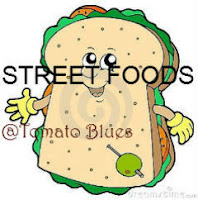 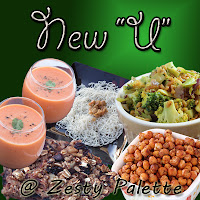 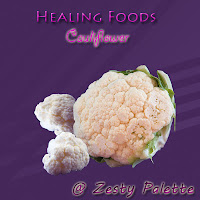 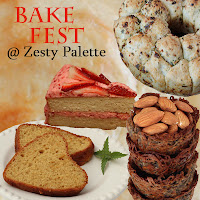 PavBhaji looks so delicious and tempting,your click makes me hungry....

my all time favorite..looks yumm

Love pav bhaji and this looks o so good.

The pav looks so well toasted....I love it even without the bhaji...

Delicious and mouthwatering pav bhaji. Would love to have it for dinner some day.

I don't know why I haven't tried this yet. It is so good. Your presentation looks very appealing.

one of the tasty n spicy street fud..loved it..n the pics are so beautiful...good work..thanx 4 detailed info.....

WOw this is delicious and pics are great.

Hey, that's my favorite street food and you know, I was looking for the recipe to make 'paav' and here it is...wow!!
The buns look so perfect and shiny, and the bhaji of course must be spicy and tangy.
You are a sweetheart! :)

Ayeesha..I am hungry now. Everything looks soooooooooo beautiful. My fav one and can have anytime and also many time of the day.

Buchty has come out soooo well- what a fine bake ! lovely

wow yummy this is one of my fav one !! well presented !!

I lovvvee Pav Bhaji - one of my most favorite anytime-anywhere kind of chaat/food :)
The buchty looks so perfectly & evenly made!

Its too good. Tempted...

Mmm.., with this weather here, I don't mind having those!, they look gorgeous.., Made your Bulgur wheat Idlis, turned out beautiful.., will post it sometime soon...

Lovely preparation,Ayeesha.And what vibrant colors!Pav Bhaji looks so very delicious that I can't keep myself from drooling.How I wish I could grab a mouthful of that deliciousness:)I had an award for you at my place - not sure if you noticed. Do stop by and pick it up,if you've not done so already.Thanks for the awesome recipe dear!
http://witwokandwisdom.blogspot.com/2012/01/potato-and-chicken-strips-curry-curry.html

stunning pictures and lovely recipes, thanks for linking to my event
you have a nice space

What a lovely post Ayeesha! The pav looks so so good.

just looking at the pics makes me drool. my fav street food!!!

I am just drooling over the clicks. Inviting platter and thx for linking to the event.

aahhh....reminds me of my college days when i used to hang around with my friends and have this pav bhaji :(
looks irresistable ! good presentation as well !

Wow. you made ur own buns.
and bhaji looks so good.

WOnderful presentation of the perfectly done pav and bhaji :)

Wow the pictures are excellent..Nice color contrast and inviting..The recipe is so good and make me drool !!

my fav dish and lovely clicks.

Looks yummy!
I just found your blog and I love it! Am a happy follower now! Visit me at:
my-greek-cooking.blogspot.com
Hope to see you around!

This is my all time favorite street food. I order it out way too often... Looks delicious Ayeesha..

Looks yummy!Nice Clicks
This is one of my favorite, Visit me at purevegetarianbites.wordpress.com
Hope to see you around!